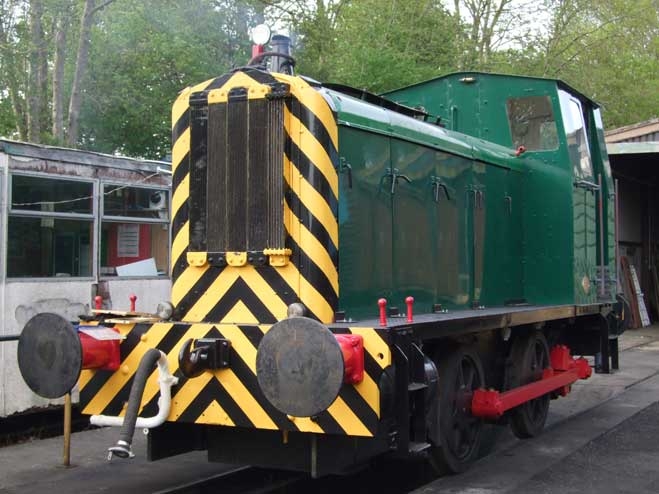 This small diesel mechanical shunter is privately owned, she was built in 1941 at the Andrew Barclay works and was designed to help the war effort during the second world war. She’s spent a number of years at the Lavender Line with at one point serving as a full time passenger Locomotive, but after a few years of service she suffered a failed gearbox and was finally withdrawn from service.

It was at this point her current owner took charge of ensuring the locomotive would one day return to traffic and therefore the loco has spent a number of years at the back of the shed receiving a major overhaul with a new gearbox. She was brought back to traffic for a brief period in 2008 to celebrate her owners 40th birthday but immediately brought back to the shed for a few more minor repairs which will ensure she will be 100% fit before returning to passenger duties.

She lies in a distinctive light green colour scheme with beautifully laid wasp strips on both the front and the rear of the loco. It’s hoped in the very near future she will join the railways other diesel shunters in providing passenger trains and enjoyment for the public.